The Evil Truth About Document Review

I first heard about document review about two years after becoming a lawyer. “Doc review” simply wasn’t that big of a deal to the people I met and worked with. As I learned more about it I realized the potential it held for large cases where massive amounts of information needed to be digested and prepared for trial. I understood the concept of paying an outside company to look at the production of opposing counsel and then review it under my guidelines. Document review, as a concept, made sense. 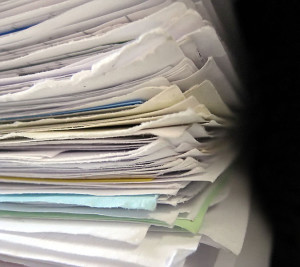 Through my career as an insurance defense attorney, I never had need for a document review company. So, I never thought much about it, the companies that offer the service, or the lawyers who work for those companies.

Then I got laid off. I started my own practice but it was very lean times. A former associate I worked with had been working on document review for years and she introduced me to it. I took an assignment and completed my first project within three days. It was nice to make some money and the case we were working on was interesting.

Another project came along that was only supposed to last a month. It turned into a four-month project, for me, and may still be going today. I can’t disclose anything about the project and it’s really not relevant here. During my time there, I got to meet a group of attorneys and get a lot of perspective on document review as a whole.

This article is limited only to my time working document review and the experiences I had with newly minted lawyers. Others may tell you differently. Others may think I’m nuts for the way I view things. Even others may agree with me and reinforce my position on it.

The daily tasks of document review are simple. You sit in front of a computer, viewing documents, and coding them in accordance with the parameters set out by the firm that hired the document review company. I was able to sit in front of my monitor, listen to music, and come and go as I pleased. I only had to put in 40 hours per week or more, if overtime was approved on a project. But I was the one who got to make my schedule so long as I completed my time during facility hours.

Doesn’t sound so bad, does it? It didn’t to me either.

Oh… we got paid the equivalent of $55,000 per year also. Overtime was paid at time and a half, so my earning potential went up from there.

The facility was divided into rooms where teams of lawyers worked at their individual stations. Each room was assigned to a project, sometimes with multiple rooms working on the same projects. The rooms had one person who was the contact for any questions that came up and to ensure a consistency from all the lawyers in that room. Feedback was given if errors in coding were made and it was all generally pleasant.

Uhm, you said something about evil, right?

Yeah, I’m getting there but it’s important to know that not everything about document review is evil. There’s a fair amount of it that is perfectly benign and even enjoyable… to some. Not to me.

I’m a litigation attorney and have been one since I started my career as a student attorney with the Chicago Transit Authority during the summer of my second year in law school. I was used to handling cases from beginning to trial and any post-trial work that needed to be done. I knew full well that document review was grunt work and not glamorous in the least, so I had adjusted my expectations accordingly.

It turned out to be simple, mind-numbing work and steady income. It was repetitive but not very complicated. It was tedious but easy. It was decent money for the work but boring.

One day, I was dressed in a suit because I had to go to court later that morning. A couple of the other lawyers at document review asked why I was dressed up. When I told them, they both asked to tag along. I was happy to have them but I was curious why they wanted to come with. Both of them told me that they had never been to court before.

Unfortunately, they were both dead serious. I found out that they had graduated from law school and passed the bar over two years earlier. The only job they both had since passing the bar was document review. I asked around and found out there were quite a few more lawyers in the exact same situation.

Most of them were very happy with document review, as it was steady income and easy work. I pointed out to a few that it was nothing like working in a law firm. Almost all of them responded that if they were working in a top tier law firm they would be doing the exact same work. I’ve never worked in a top tier firm or anything above a medium sized firm, so I followed up by asking if they had. I usually got a not-so-friendly glare, an irritated eye-roll, or even an audible snarl.

Finally getting to the evil…

A disturbing majority of the lawyers I spoke to about this actually thought they were getting marketable experience akin to working in a large firm. The reality is pretty much the opposite. Simply put, document review gives you the experience to work on other document review projects. That’s it. Nothing more.

Adding document review to your resume is a great way to signal that you’ve found a way to survive for a period of time without actually gaining any skills that a law firm could use. Depending on the company and the project, you may learn all sorts of different document review systems and programs. So, if that’s a career goal then this is the path for you.

However, if you want to build skills to help you be a better lawyer, avoid document review like the plague. There are many ways to improve your skills as a lawyer but you won’t find any of those ways sitting in a cubicle determining if documents fit into one category or another. Find a mentor, volunteer your services, or form your own firm and handle your own cases. Any of these are vastly superior ways to learn the tradecraft of being a lawyer.

But wait, there’s even more evil!

I hate to say it but the real evil in document review is simple: it’s addictive. Not addictive in the kind of way that a crack addict describes the high he gets from smoking the drug. It’s addictive because it’s semi-steady pay. It’s a way to pay all that debt you left law school with.

Document review gives you a way to earn a decent living that allows you to pay back some of that debt. This just makes the lure of document review even stronger. The true evil of it is that you fall into a cycle where it gets harder and harder to leave document review and get the experience that you need as a new lawyer.

Most people would agree that it makes no sense to take a job at $40,000 a year in a small firm that you will work your ass off for when you could make $55,000 a year at document review. However, this is a logical fallacy. In my opinion, taking a job working for a lot less, while earning experience as a lawyer, is worth far more than anything that document review can provide.

Yes, you have to make a living and pay back loans. Yes, document review helps you to do that. Yes, even I have to admit there are good parts to document review.

But never forget that it’s no replacement for the experience of working as a lawyer… in any capacity.