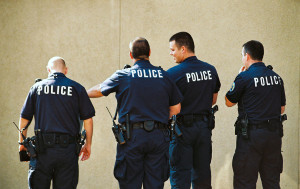 Recently, I was invited to be the key-note speaker for the Tri-River Police Training Region – MTU 16 sessions of Illinois’ new concealed carry law. The instructor was Darryl Stroud, Ph.D. who is a Commander of the University Park Police Department. He has served as a firearms training instructor and consultant with the U.S. Department of Justice, Department of Homeland Security, Federal Reserve Bank-Illinois, Police Training Institute, North East Multi-Training Region (MTU#3), Tri-River Police Training Region (MTU#16), Illinois Law Enforcement Training & Standards Board, Illinois Department of Financial and Professional Regulations, Illinois conceal carry (IROCC, IPACC, and ISP CCW), and he has taught firearms and Rapid Deployment independently to multiple police departments across the State of Illinois.   Finally, Dr. Stroud has been elected as President for the Police Training Institute (PTI) Alumni (U of I – Champaign), and he has been also appointed by the Governor to the Illinois Law Enforcement Training & Standards board.

The sessions were training for police officers on the new concealed carry law here in Illinois, which is codified at 430 ILCS 66, et. seq. Under the new law, citizens who meet the requirements and apply for one, shall be issued a permit to carry a concealed handgun. There’s a lot to the new law, with the text being approximately 168 pages long. The problem for both citizens and law enforcement is that this is brand new to Illinois. Right now, it’s not clear how all the provisions in the law will work and how the police will implement the law. The training sessions I spoke at were to introduce law enforcement officers to the law, its provisions, prohibitions, and some practical applications of the law. I’ll be discussing the concealed carry act in depth in another series of posts since it’s just too big to delve into here.

I was very appreciative of being asked to speak at these training sessions. Yes, I do a fair amount of work as a criminal defense attorney. Yes, in court this puts me on the opposite side of the police more times than not. Yes, I was introduced to both training sessions, amicably, as “the enemy”. Being the proverbial sheep wandering around in the lion’s den was a bit surreal but also a great learning experience for everyone involved. Dr. Stroud was there to teach the officers the law and how it was going to be implemented on the street. I was able to provide a viewpoint from what may happen when these cases start making their way up to the court system.

So, why in the heck would you want to speak to a bunch of cops when you’re defending the people they put in jail?

Because concealed carry is a law that everyone is going to have to deal with going forward. It’s a law that is new to Illinois and there are lots of questions on both sides that need to be figured out. Rather than waiting for the cases to move through the courts to be determined, I wanted to get out ahead of the issues. Through speaking engagements like this, I can better understand the challenges faced by the police and they can learn where average citizens are coming from. It’s a great chance for both sides to try to get together and find a way to make this work for everyone.

One of the cornerstones of the criminal justice system is “innocent until proven guilty” and I defend people based on that ideal. Just because I defend people against those criminal charges doesn’t mean that the police and I are actual enemies. In fact, I rely on the police just like everyone else does.

Many thanks to Dr. Stroud and MTU-16

It was a great honor to be asked to speak at the sessions for Police Training Unit MTU-16 and I wanted to extend my gratitude and thanks to Dr. Stroud for inviting me. I’m confident that we made progress in smoothing the way for the officers that attended.