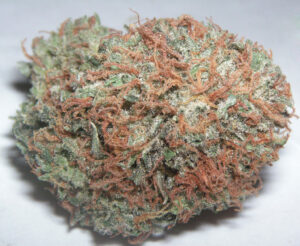 In Part I, II, and III of this series on the Illinois Medical Cannabis Act we covered the framework of the law, the distribution channels, and some of the prohibitions against when and where medical cannabis can be used. In this last section of the series, we’re going to talk about use of cannabis and your Second Amendment rights here in Illinois. Does the “Compassionate Use of Medical Cannabis Pilot Program Act” prohibit users of medical cannabis from owning a firearm? The short answer is: yes.

We will delve into gun laws here for a little bit. In Illinois you need to have a Firearm Owners Identification card, which is commonly called a FOID card. The FOID Act can be found at 430 ILCS 65, et. seq. Section 1 of the FOID Act states that its purpose is to, “promote and protect the health, safety and welfare of the public.” Id. To do that the legislature felt it was, “necessary and in the public interest to provide a system of identifying persons who are not qualified to acquire or possess firearms, firearm ammunition, stun guns, and tasers within the State of Illinois…” Id. To accomplish this, a person must apply for, and be granted, a FOID card before a person can buy or possess a firearm. The way the statute is written, you will not be prevented from getting a FOID card if you use medical cannabis.

However, the problem comes in on the federal level. Specifically, when someone purchases a firearm they are required to fill out a form for the Bureau of Alcohol, Tobacco, and Firearms (BATF). The form has a series of questions that will disqualify someone from purchasing a firearm. Question e. on that form asks, “Are you an unlawful user of, or addicted to, marijuana or any depressant, stimulant, narcotic drug, or any other controlled substance?”

Herein lies the crux of the problem. Federal law still classifies cannabis as a Schedule I controlled substance and illegal under any circumstances. Schedule I classifies a drug as having no currently accepted medical use along with a high potential for abuse. Although a variety of states have legalized cannabis for medical purposes, federal law does not recognize this legalization. Even though Colorado has legalized cannabis for recreational use to those over 21 years of age, it is still a federal crime to possess or use it.

So, where does that leave someone in Illinois who uses medical cannabis? In violation of federal law along with all other users of cannabis across the United States. Even though the President has come forward and stated that he has no interest in prosecuting people for cannabis use, it remains to be seen if that attitude will carry over to firearms ownership. Firearms and their use are a polarizing issue that  evokes strong emotions in people. It is unclear if the BATF will follow the hands-off approach that the President has advocated when it comes to firearm ownership by medical cannabis users.

Because cannabis, whether medical or recreational, is still a Schedule I narcotic it is illegal for someone to own a firearm if they are a cannabis user. It looks like this issue will end up in the courts one day. However, those kinds of cases are expensive and take a long time to resolve. So, don’t end up being the test case for this issue.

*As a disclaimer, I’m not advocating in one direction or another for, or against, cannabis or firearm ownership. I’m also not saying that cannabis and firearms should be used in conjunction under any circumstances. Firearm ownership is a huge responsibility and should be treated with an enormous amount of respect and care. Cannabis use, in Illinois, is a medical determination to be made between a person and their doctor. Just know that either choice brings with it some consequences.