Decorum in Litigation: Fantasy or Possibility? 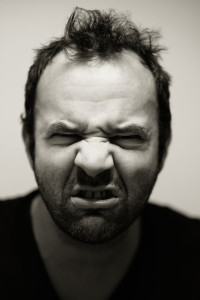 Generally, there is a fair amount of decorum in litigation. However, I’ve been practicing for over ten years now and it never ceases to amaze me when lawyers completely lose their sh*t. I haven’t seen it happen often but when it does, it’s always a surprise and quite the spectacle. It’s so rare that I was only reminded of it from an article I was reading today: Scorched Earth Letter. Either I’m missing something or those attorneys really take their strip clubs seriously.

While this extreme doesn’t happen often, general decorum in litigation does occasionally go by the wayside. Whether it’s the refusal to take opposing counsel’s call or snatching a piece of paper out of someone’s hand in court, the actions are juvenile at best. I tend to see it more during depositions when one side feels that the other is asking unfair questions. Counsel A follows a line of questioning that Counsel B doesn’t particularly like. The situation turns foul when B decides to object in  long, rambling sentences that imply frustration over A’s direction. A responds by accusing B of trying to coach the witness by way of a “speaking objection” (which is not allowed). B takes umbrage at the accusation. From there it becomes a flurry of acrimonious proclamations and yelling.

Normally, one or both counsel will back down a bit and realize that it’s all part of the job. However, it sometimes devolves from that point into a grudge between the lawyers and lays the foundation for pointless motion practice.

Why does it matter to litigation?

It’s hard to help people outside of the legal practice understand that lawyers take their cases seriously and quite personally. Whether it’s empathy for the client or a desire to “win” the litigation doesn’t matter. Most lawyers DO care about their cases. This means that, sometimes, lawyers get so wrapped up in their position that they forget that they are the lawyers and not the litigants. They lose sight of the figurative forest for the trees. When this happens, civility and decorum are abandoned.

We, as litigators, do our best to guard against this, but it still happens sometimes. We get lost in the situation and can’t remove ourselves, for whatever reason. The best practice is to keep yourself grounded. Advocate for you client and do it to your best ability. Just do it while being the consummate professional and things will be fine.

Overall, the litigation practice I’ve experienced has been filled with civility and professionalism. Unfortunately, the rare instances where things go wrong are the ones that make the headlines. Hopefully, I never end up in one of those articles and never read about a colleague there either.