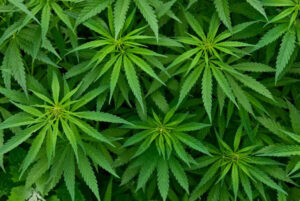 The new year ushered in a group of new laws, including the Illinois Medical Cannabis Act. Codified at 410 ILCS 130 et. seq., the statute’s full title is: “Compassionate Use of Medical Cannabis Pilot Program Act.” This is going to be the first in a series of posts on this new law. This part will introduce you to the law and some of the “boring” stuff that defines the spirit and mechanics of the law. In a later article, or three, I’ll discuss the potential impacts of the law and how it’s being implemented.

One of the first things to notice is that this law is called a pilot program. The statute is set to automatically expire on January 1, 2018. The legislature will have to amend the law before then if they want the program to continue. Being a pilot program, the Illinois Medical Cannabis Act is certainly going to be under scrutiny from both proponents of full legalization and those who stand in opposition to the legalization of marijuana on any level.

The purpose of the Illinois Medical Cannabis Act is codified at 410 ILCS 130/5(g): “State law should make a distinction between the medical and non-medical uses of cannabis. Hence, the purpose of this Act is to protect patients with debilitating medical conditions, as well as their physicians and providers, from arrest and prosecution, criminal and other penalties, and property forfeiture if the patients engage in the medical use of cannabis.” The legislature spent some effort and time in talking about the history of cannabis use as well as the medical findings supporting it as a useful medicine. This was all done in an effort to legitimize the Illinois Medical Cannabis Act.

It’s a lengthy list and, more importantly, it leaves the door open to add more conditions as the Department of Public Health deems necessary. The flexibility designed into the statute is important so that it can evolve as the law is implemented and evolves.