The Second Amendment protects the right to keep and bear arms. 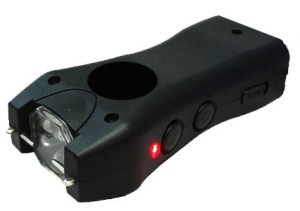 Massachusetts just got schooled on how the Second Amendment works and what instruments are protected under it in Caetano v. Mass., 577 U.S.                      (2016). If the per curiam opinion was all there was to the decision I wouldn’t be sitting here writing this . However, Justice Alito decided to write a concurring opinion in which Justice Thomas joined. That is where things get interesting.

Quick background: Jaime Caetano was charged with possession of a stun gun in contravention of Massachusetts law. She had the stun gun because she had an abusive ex-boyfriend who she had two young children with. She had obtained multiple restraining orders against her ex that did nothing to stop the abuse. Her ex stood over a foot taller than Caetano and outweighed her by close to 100 pounds. There was one altercation where Caetano showed the stun gun to her ex and told him that she didn’t want to use it but would if she had to. This ended the incident without physical harm to either person as the ex backed down and left.

After setting up the background, Justice Alito gets to work by pointing out that the Second Amendment protects the right to keep and bear arms and such rights apply to both the Federal Government and the States. This was laid out in detail in two Supreme Court decisions: District of Columbia v. Heller, 554 U. S. 570 (2008) and McDonald v. Chicago, 561 U. S. 742 (2010). In essence, those decisions set forth an individual, basic right to self-defense. In this case, Caetano was able to protect herself without physical harm by simply possessing a stun gun.

“A State’s most basic responsibility is to keep its people safe.”

Justice Alito rips into Massachusetts’ Supreme Judicial Court (SJC) for outright ignoring the decisions in Heller and McDonald. It’s clear that some of the Justices don’t like it when lower courts use reasoning and logic that the Supreme Court rejects as “bordering on the frivolous…” Heller, 554 U.S., at 582. The concurring opinion makes a few things clear: 1. The Second Amendment applies to MORE than those weapons in existence during the 18th century; 2. The Court’s conjunctive test is that a weapon may not be banned unless it is both dangerous and unusual; and, 3. Stun guns are widely owned and used as an accepted means of self-defense.

Therefore, Massachusetts’ ban on stun guns fails on all counts. More telling in this decision is the fact that Justice Alito has taken to task a State attempting to limit the reach of the Second Amendment and the inherent right to self-defense. Moreover, he wasn’t pleased by their actions or reasoning. “The lower court’s ill treatment of Heller cannot stand. The reasoning of the Massachusetts court poses a grave threat to the fundamental right of self-defense.” Caetano at 9. Ignoring clear language from the Supreme Court is folly, at best, and apparently insulting in this instance.

Justice Alito then pointed out the hypocrisy in the SJC decision: under their logic, only handguns are protected under the Second Amendment. This means that Caetano would have had to employ deadly force to protect herself instead of a less-than-lethal method. As such, Massachusetts would be compelling Caetano to protect herself with an instrument that she may not be comfortable using, or have legitimate moral or religious objections to. So, instead of temporarily incapacitating her attacker with a less than lethal method, she would have to use a firearm to stay within the law. This reasoning defies logic as the SJC opinion held that a weapon is “dangerous per se” if it is “ ‘designed and constructed to produce death or great bodily harm’ and ‘for the purpose of bodily assault or defense.’” 470 Mass., at 779, (quoting Commonwealth v. Appleby, 380 Mass. 296, 303, 402 N. E. 2d 1051, 1056 (1980)). In one breath the SJC is condemning all firearms and in the next they are using logic to say that only handguns should be protected by the Second Amendment. Their attempt to find fault in Caetano’s possession of the stun gun and force her to use a firearm for self-defense is an unfathomable position which the Supreme Court didn’t buy.

I’ll close this post with a quote from Justice Alito that is more eloquent than anything I can create right now: “If the fundamental right of self-defense does not protect Caetano, then the safety of all Americans is left to the mercy of state authorities who may be more concerned about disarming the people than about keeping them safe.” Id. at 10.