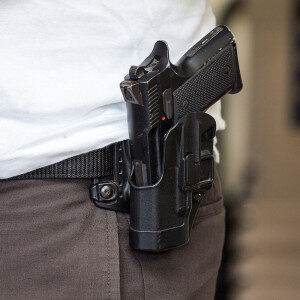 In Part 2 of this series on the Illinois Concealed Carry Law, I discussed the types of weapons that can be carried, the areas where you’re allowed to carry, and the penalties for a violation of the law. The concealed carry law is officially codified as “Firearm Concealed Carry Act” and you can read it at 430 ILCS 66, et. seq. I would encourage everyone to read it through, at least once. Even though it is dry and filled with legalese, it is worth spending the time to read through the statute. If you spent the time and effort to get a license for concealed carry, it just makes sense to have read the law.

I learned everything in the 16 hour concealed carry training class, didn’t I?

So, I paid good money and you’re saying my instructor didn’t do a good job?

Nope. I’m not saying that either. The reality is that the statute is long and there’s a LOT of information in there. I’ve helped to instruct this course, along with certified trainers, and there’s simply not enough time to go over every section of the law. I don’t think that it’s possible to do in 16 hours of instruction.

Remember, that 16 hours of instructions has to cover more than just the statute. It also has to cover some of the practical aspects of carrying concealed in Illinois. Like what to do if you get pulled over when you’re carrying a concealed weapon.

Don’t I just act the same as I always did before?

As a legal concealed carry license holder things have changed for you. First off, if a police officer asks if you are armed you “shall” inform the officer if you are. The onus is put on you to be honest and forthright. Any attempt at deception here will put you in violation of the law.

Secondly, keep in mind that the introduction of firearms into any situation raises the stakes and heightens tensions. This is a new law in Illinois and officers are working to get used to this as much as you, or any other citizen, are. This requires a shift in thinking on both sides. Doing anything to inject more tension into an interaction with an officer is simply not a good idea.

Some practical rules to follow if you’re approached by an officer when you’re carrying a concealed weapon.

If you’re stopped in a vehicle, the above rules still apply. But good practice would be to keep your hands on your steering wheel at all times unless the officer directs you to do otherwise. Don’t reach into the glove box or center console unless you’re told to do so. Doing this as the officer walks up to the car simply looks suspicious and heightens tensions, which is exactly what you don’t want.

Uhm, this is starting to sound a little preachy…

Yes, this blog post is less about the nuts and bolts of the law and more about practical considerations. Having taught law enforcement officers and civilians alike, I know that both sides are trying to adjust to a new law. Nothing is really settled yet as this law hasn’t been tested in the court system yet.

Just remember, as a concealed carry license holder all eyes are on you. There are plenty of people that are not happy with this law and will look for any and every instance to change it. Don’t be the example that everyone points to.