A southern California woman was ticketed in October of last year for speeding and using Google Glass while driving. The Google Glass charge was actually for having a video device in front of the driver’s headrest. It’s a law designed to keep drivers from being distracted while operating a motor vehicle by prohibiting any sort of entertainment displays in the driver’s vision. Basically, it’s to keep people from watching movies or television programming while driving. The officer reasoned that Google Glass was a screen that would be a distraction to drivers and charged the woman with a violation of that law. 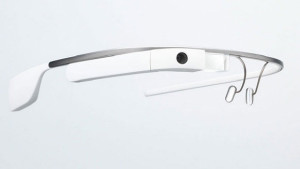 Illinois has a similar law, codified at 625 ILCS 5/12-604.1. Subsection (a) states, “A person may not operate a motor vehicle if a television receiver, a video monitor, a television or video screen, or any other similar means of visually displaying a television broadcast or video signal that produces entertainment or business applications is operating and is located in the motor vehicle at any point forward of the back of the driver’s seat, or is operating and visible to the driver while driving the motor vehicle.” There are exceptions for GPS devices and the central information systems that use display screens.

Although distracted driving is a problem that needs to be dealt with, the California judge did the right thing and dismissed the charges. Key to the decision was the fact that the officer could not have known if the device was actually being used while the woman was driving. Read the news story HERE.

Simply put, the law here, and in California, hasn’t caught up with technology. Even though the woman in California may have walked away from her Google Glass citation, it doesn’t mean that a judge here in Illinois will do the same. Although it may be technically legal to drive while wearing Google Glass, it’s probably not the best idea if you want to avoid a ticket.

However, if you do get a citation for any driving offenses having a lawyer represent you is the best way to make sure your rights are protected and your interests are looked after.